Yesterday,
we performed during the encore of KISS-san’s concert at the Tokyo Dome d(^_^o)

We’d already met them before, and we also spent the previous day together, but the more I know of KISS, the more I like them!
They’re really so cool!
We managed to watch just a little of their show from the sidelines yesterday, and they were really so awesome!
Their power was amazing!
Even though I just spoke to them a while ago…
It still felt like just a dream!

Their performance is really so awesome, especially after hearing Jean’s impressionable speech about how they put up shows to let their fans have fun!
I think I’ll always admire them.

When it ended, I ended suddenly so lonely, and it felt like I would never experience this ever again.
I really didn’t want to leave!
Then, for no reason, we received guitars as presents from KISS-san! And in our colors too.
They said they made it specially for us! Which means they actually did lots of preparation. 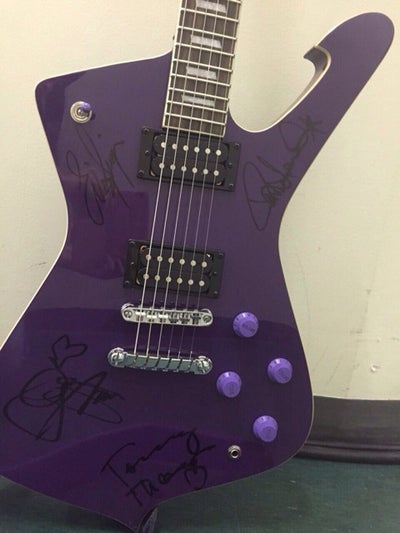 I was touched. All the KISS members even signed on it…
With all the emotion and loneliness,
Takagi just sobbed…

After the incident, I heard from the others that Jean was asking “Why is that girl crying? Did someone step on her foot on stage?” (lol)
His kindness just made me sob again..
I was just so so touched,
and so so lonely.

Well, I’ve totally become KISS’ prisoner.
It’s really sudden, but I’ve become their fan!
And I really have so much respect for them too!
So I hope to make the best of this and learn lots from them!
Then, I’ll work hard so we can perform together again someday! 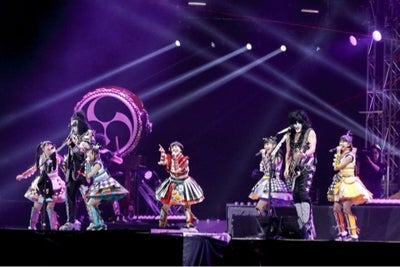 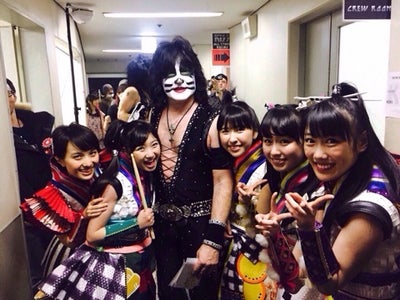 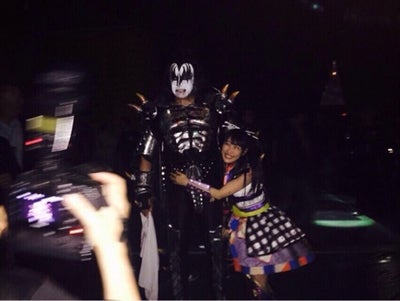